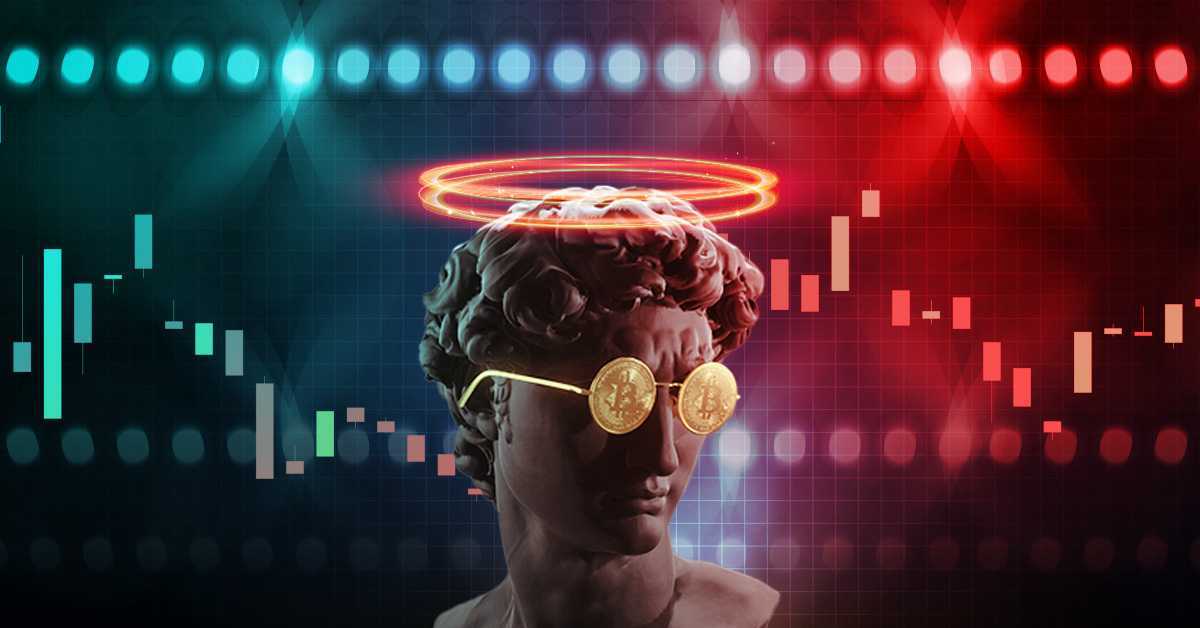 The second quarter of 2022 saw a historical low for cryptocurrency. With Bitcoin's value steadily going down for the past several months, the trust in digital assets has dropped. Along with it, the prices of NFTs have significantly decreased as well.

Even if NFTs aren't technically crypto, it's no surprise that the entire ecosystem of the former is currently facing a downbeat. Secondary market prices for NFTs have declined, with some hitting an all-time low since early 2021.

It's not just the lack of interest in cryptocurrencies that's brought down the NFT market — it's also due to the mounting concerns over the long-term sustainability of the entire industry. The problems with Ethereum gas fees and scalability have made it difficult for NFT projects to maintain their momentum, while the increasing regulatory scrutiny is casting a shadow over the future of digital assets.

But don't be too quick to write off NFTs just yet. While the short-term outlook may be bleak at this point, there's no shortage of reasons to be optimistic about the future of the NFT space.

What Happened in Q2?

According to The Block Research, NFTs' trading volume for the months of April, May, and June reached $12.22 billion. While this appears to be a decent figure, it's a significant drop from the $33.8 billion in Q1. This marks an almost 64% decrease in just three months.

While these numbers show that the overall interest in NFTs has waned, it must be pointed out that the secondary market is not the only place where NFTs are traded. A large portion of NFT transactions still happens through direct market sales, which are not included in The Block's data.

Despite this, there's no denying that the secondary market is going through a rough patch. Platforms like OpenSea and Foundation have seen a decrease in trading activity. Yet again, some reports online aren't providing a complete picture.

Prominent stakeholders are still at it. If the NFT ecosystem has indeed slumped, then why would Coinbase proceed with the launch of its Ethereum NFT marketplace in beta version, or why is Starbucks suddenly announcing its first investment in NFTs?

Meanwhile, you probably still remember Beeple, don't you? The American digital artist who played a key role in driving up the interest for NFTs last year teamed up with no less than the Queen of Pop herself, Madonna, to launch the latter's first-ever digital art collection. It was a pretty big deal back in June.

But arguably, the two biggest newsmakers in the world of NFTs in Q2 of 2022 are eBay's acquisition of the prominent marketplace, KnownOrigin, and Mastercard's decision to allow its users to buy NFTs in selected marketplaces.

So, not a bad time of the year after all.

The current market conditions may not be the best, but it's nothing that the NFT space hasn't gone through before. In fact, this isn't even the first time that cryptocurrencies and digital assets have seen a major dip metrics-wise.

The one thing that many observers are taking a closer look at is "resale profit."  This is defined as the difference between an NFT at the time of acquisition and its price when resold.

In other words, this metric seeks to measure how much an NFT holder has profited (or lost) from reselling their asset. Based on NonFungible.com's report, the total volume of resale profit for NFTs in Q2 is $1.88 billion. The drop is quite significant compared to the first quarter's $3.50 billion. But is it a legitimate cause for concern?

A small number of whale sales largely drove the total resale profit for Q1. When you look at the top 10 resale transactions for that quarter, six of them were worth more than $5 million. Three of those were even over $10 million.

In other words, a small number of very high-value transactions drove up the total resale volume for the entire quarter. This is not exactly indicative of a healthy and thriving market.

So, what does this tell us?

For starters, it shows that the market has become more decentralized. Fewer whales and more individuals are participating in the market. This is good as it indicates that the NFT space is becoming more accessible to regular people.

It likewise shows that the market has become more efficient. Whale sales in Q1 were largely driven by hype and speculation. A small number of big players were artificially inflating prices.

This is no longer the case in Q2. Prices have stabilized, and transactions are made based on actual value and utility rather than speculation. This is a sign of a maturing market and is a good thing in the long run.

So, while the total resale volume for Q2 may be lower than Q1, we believe this is not indicative of a declining market. Rather, it indicates a market that is becoming more efficient and decentralized.

And that's something to be excited about.

There exist a handful of segments that make up the NFT ecosystem. It's inaccurate, even unfair, to judge the whole space's performance based on a single segment's performance.

With that said, let's look at how the different segments of the NFT space have faired in Q2.

NFT art remains king this year. Even with a substantial decline in total volume, art NFTs are still miles ahead of the other segments in total transaction value.

In Q2, a total of 170,000 art NFTs were sold. This is a significant decline from Q1's 400,000 art NFT sales. But the total volume for Q2 is still higher than any other quarter before. So, while the growth has slowed, the market is still expanding.

In terms of the total value, art NFTs generated a total of $430 million, a figure that epitomizes the resiliency of the segment.

Suffice to say, and the gaming segment had a rough start to the year. The number of active wallets dived from one million last year to about 300,000 after Q2. While you can easily judge this as a decline in interest, the truth is it's never indicative of what transpires on the ground.

For instance, not all players maintain or have existing wallets. The primary reason why gamers maintain active wallets is for trading purposes. Hence, you know there are players out there who are interested in the games, but they don't necessarily have or need an active wallet.

This is one of those cases where the number doesn't tell the whole story. The fact is that gaming NFTs are still some of the most popular and best-selling items in the market.

This segment retains the title of the fastest-growing segment in the NFT space. In Q2, the total number of collectibles sold doubled from Q1. This is an incredible feat considering that the total volume for Q1 was already quite high.

The total value generated by this segment also saw a massive uptick. Remember that we're talking about the volume of dollars traded here, not the price of individual NFTs.

So, while the average price per collectible NFT has remained relatively stable, the total number of transactions has increased dramatically. This sign that the segment is becoming more mainstream and that more people are participating.

A rather unfamiliar segment for most people, the metaverse is essentially a virtual world where users can interact with each other. Think of it as a cross between Second Life and The Sims.

While the art and gaming industry experienced stunted growth or decline, the metaverse segment is flourishing. This segment saw some incredible growth this year. In Q2, the total number of transactions increased, highlighted by the LAND sale by OtherDeed.

The total value generated by this segment also increased substantially. This is partly due to the increasing number of high-value transactions and increased activity.

This is the final and perhaps most important segment in the NFT space. The utility segment comprises NFTs with some sort of function or use case. This can be anything from a digital currency to a loyalty points system.

Utility NFTs have real-world applications. And as more and more businesses begin to explore the use of NFTs, this segment will only grow in value.

Q2 saw owners of the Bored Ape Yacht Club purchasing 4-digit names based on the name of the Ape they own. Its branding is done in a very creative way. This is just one example of how businesses use NFTs for utility purposes.

The second quarter of 2022 is by no means a stale one. In fact, it's quite the opposite. We've seen a few new players enter the space and make waves.

The most notable entrant is none other than Amazon. The online shopping giant has been very active in the NFT space, especially in the collectibles segment. Amazon has been working with several high-profile partners to launch its NFT marketplace. And with eBay's recent acquisition of an NFT marketplace, competition is at an all-time high.

But for April to June, the spotlight is on Yuga Labs. Its two NFT projects, OtherSide and Bored Ape Yacht Club, raked in over $2 billion of trades this quarter alone. According to NonFungible.com, it accounts for a little over 30% of the NFT market.

Yes, this could be indicative of centralization, but it's not entirely a bad thing. Yuga Labs is a company trying to push the boundaries of what's possible with NFTs. They're succeeding, at least in generating interest and trading activity.

What's Supposed to Happen Next?

The unpredictability of the NFT space is what makes it so exciting. We have no idea what's going to happen next and guess whether a project is going to go up or down. Will a new segment emerge? Will an existing one die out?

For the new players in this ecosystem, it's best to proceed cautiously and not put any money into NFTs that you cannot afford to lose. However, as the saying goes: with great risk comes great reword. Anything is possible in this space with the right strategy and product.

And that's precisely why we're seeing so much interest from big companies. They acknowledge that the NFT space is relatively new, yet there's a ton of growth potential. With what we've seen in the first two quarters of 2022, it's safe to say that the NFT market is on track to have quite a year.