How Digital Collections can Combine Music and Art 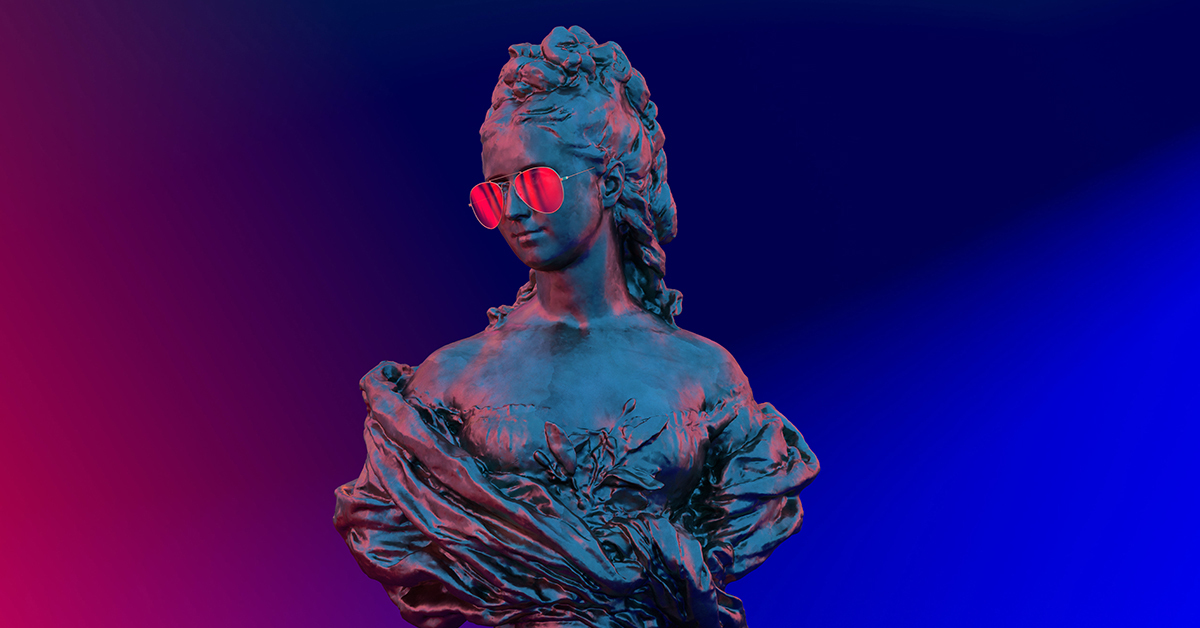 For anyone who has gotten their feet wet in the world of digital art, it's part of the convention that art and music are separate forms. This is understandable, at least for the most part, since art is more of an expression and means of communication, while music is often used as a form of entertainment.

In the most traditional sense, art and music can't be in the same mould or in the same way that they are different entities. But then again, we live in a world where the boundaries between art and music are blurring more than ever before, and that's primarily attributed to the ever-increasing popularity of digital collections.

An NFT collection called "Magic Mozart" introduced the most compelling example of how art and music could be fused through digital collections. It's a classical music collection by the famous composer Mozart, but with one key difference - it's been re-imagined by contemporary artists to give it a fresh and modern twist.

The result is an unlikely fusion of old and new that highlights both the adaptability and versatility of art and the timelessness of classical music. What it offers to NFT enthusiasts is Mozart's portrait, reinforced by five distinctive layers of modern artistry. The layers include Mozart's clothing, hair, cravat, background, and even the props used in the opera. The key feature here is the attachment of the musical elements of Magic Flute, Mozart's final opera.

So, how does a buyer get digital art and classical music in one package? Well, if you buy the NFT (sold at 0.3 ETH), you get the portrait and the embedded music derived from the Magic Flute. Not only that, but you're also getting a musical composition designed to be unique.

At its core, digital collections represent a powerful new way to experience art and music together. Whether they take the form of digital paintings, short animations, audio recordings, or music videos, these collections are helping to usher in a new era of creativity and innovation.

And while they may seem like novelties at first glance, there's something quite profound about how art and music can come together through digital collections. Unlike traditional forms of expression, where the two are separate, digital collections allow artists and musicians to collaborate in a whole new way.

Let's elaborate on the prospect of artists and musicians creating digital collections together. Instead of the conventional approach where they work independently, digital collections allow them to inspire and encourage each other. This creates a mutual sense of inspiration that infuses their work with new energy and passion.

But we're not talking about an artist listening to his favourite track while painting. We're beyond that already. Instead, this potential revolves around what Magic Mozart started - collaborating on a digital collection that combines their art and music.

If we take this idea one step further, it's not hard to imagine how artists and musicians could collaborate in much more complex ways. They can work with each other to create new soundtracks for digital paintings or come up with original compositions inspired by the artwork itself.

Art in Music, Music in Art

The possibilities are legitimately endless, and the best part is that they're all enabled by digital technology. In fact, it's not so far-fetched to think of art as a form of music and vice versa - after all, both mediums are fundamentally creative platforms that allow people to express their thoughts and feelings in unique ways.

Case in point: just as we see many music videos using abstract animation to convey an underlying message, we also see visual artists using music and sound to their advantage. Having said that, this is where digital collections shine - they're the perfect platforms to do just that.

Launched by a group of artists and music producers, MusicArt is focused on creating digital art collections inspired by classical and modern-day music. The new platform will specialize in visual art centred around music, providing musicians with a space to sell their artwork without competition from other genres found on bigger exchanges.

The platform will allow artists and creators to make money from the initial sales aside from the royalties expected from the resales. Best of all, the company behind it says it'll cover the gas fees - a clear deviation from the conventional practice of charging buyers for every transaction. Some big names linked to the project include British music designer Karl Ferris and contemporary music art pioneer Mike DuBois.

Meanwhile, Living Opera, the creator of Magic Mozart, is a small startup with big ambitions. The company seeks to put transformative and immersive digital experiences into the mainstream. In so doing, it has taken advantage of a seemingly inexistent niche. The integration of timeless classical music into art is made possible through distributed ledger technology's computational and technical perks.

The way it works is simple. Once you buy the NFT, it triggers an embedded digital music piece that can be played or streamed - a feature that makes Magic Mozart unique in its right.

This concept opens a door of opportunities, not just for artists and musicians but for everyone who has something exciting to share in the metaverse. So, when people combine different art forms through digital collections, there's no doubt that a new audience or market will emerge to hike the demand for even more innovative creations.

There's More to It Than Just Art and Music

With NFTs breaking existing boundaries and paving new frontiers, it's impossible to overlook the exciting possibilities that lie ahead. As artists and musicians continue to explore digital collections, we're sure to see other mediums also coming into play.

For instance, imagine a fashion designer collaborating with a musical composer on an original soundtrack for their new collection. Or perhaps a visual artist works with a writer to create an interactive story based on a painting.

There literally is no end to what could be created. Blockchain technology is like the fuel that runs boundless creativity, which drives innovation.