How NFTs Reinforce the Concept of a 1000 True Fans 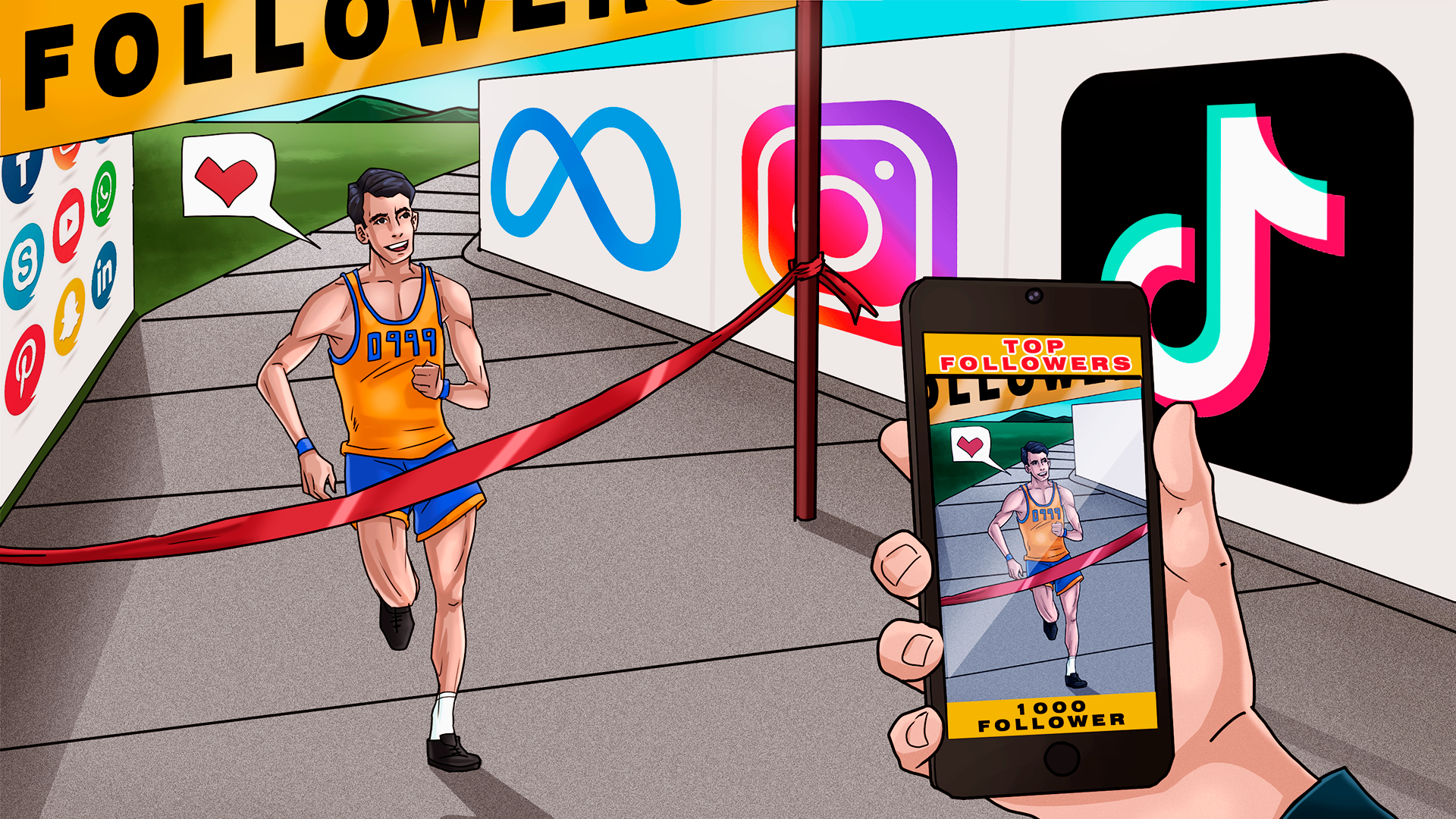 It seems like a lifetime ago in the tech world when Wired magazine founding editor Kevin Kelly wrote an article called "1,000 True Fans". The concept has been widely discussed and debated since then. If you are unfamiliar with the premise, it is simple: it only takes 1,000 super fans to make a living as an artist in the digital age.

The article had profound implications across the creative community: with the power of the internet, any artist or creator can reach a global audience of potential fans, and if just 1% of those fans are true die-hard fans who are willing to buy everything you create, you only need 1,000 of them to make a good living, thus eliminating the vast majority of starving artists.

A true fan will buy anything you create, no matter what it is. They're the ones who show up to your concerts, buy your merch, and support you on whatever platform, niche, or industry you're on. They're also the most likely to buy your more niche or experimental work because they believe in you as a creator and trust that you'll always make something worthy.

The internet has made reaching a global audience of potential fans easier, but it's also made it easier for those fans to find and connect with each other. This has led to the rise of niche communities and fandoms around specific creators, genres, and topics. (Amish science fiction anyone?) And while it's great to have a passionate and engaged fanbase, it can also be difficult to stand out in the noise and reach a wider audience.

Getting Rid of a Centralized System

Enter NFTs. Non-fungible tokens are a new way to create and sell digital art, and they're quickly gaining popularity due to their ability to get rid of the traditional intermediaries and connect creators directly with fans.

The reliance on the blockchain means that the key concept is decentralization. In a traditional sale, there's usually a centralized platform or marketplace that takes a cut of the profits, and the creator only gets a fraction of what they would if they were selling directly to fans.

With NFTs, creators sell their work directly to fans without going through another party, and they can keep close to 100% of the profits. You wouldn’t need to publish your book on Amazon, put your music on Spotify, or sell your art through an auction house. This is a huge benefit for creators, allowing them to connect with their fans directly and build a more sustainable business model.

Getting rid of a central authority or figure reinforces Kelley's concept of 1000 True Fans as it enables a more direct connection between creators and their fans. It also helps to create a more sustainable and long-term relationship between them, as the fan is now invested in the creator's success rather than just being a consumer of their work.

From the artists' perspective, they no longer need to gain millions of followers or achieve millions of views on their social media platform to earn a dime. After all, everything on social media revolves around a numbers game. The more views or engagement an artist gets, the more money they potentially make through ads or sponsored content.

But with NFTs, it's about quality over quantity. As long as an artist can find and connect with their 1000 true fans, they can be successful without needing millions of followers and without the ads and the platform getting the lion's share of the profits.

This is a huge shift in how we value art and creativity, and it's one that we believe is here to stay. In a world where attention is constantly being pulled in different directions, finding and nurturing your true fans is more important than ever. And NFTs are the perfect tool to do just that.

The power of the internet has always been in its ability to connect people from all over the world and allow them to share their ideas and creativity. But this power has always been held back by the centralized intermediaries that control how we access and consume content.

This has led to many problems, such as censorship, stifled creativity, and unfair compensation for artists and creators. But with the rise of blockchain technology and NFTs, we now have a way to decentralize the web and give power back to the people who deserve the credit.

With the blockchain, no central authority controls what you see or how you access the content. Instead, it's a decentralized network of computers that anyone can access and contribute to. And because of this, it has the potential to completely change the economics of the web, meaning your 1,000 True Fans will be that much important to find and engage.

Social media will always be the main avenue for artists and creators to strut their stuff, but several decentralized platforms are popping up that could provide a more sustainable model for them.

There's nothing wrong with social media - it's just that the way platforms operate is very different from how the blockchain works. For example, platforms like Facebook and Instagram make their money by selling ads and taking a cut of the revenue that creators generate.

This model means that the platforms are always incentivized to get more people to use their services, even if it's at the expense of the quality of the content. After all, they don't care about the content; they just want to sell more ads.

But with a decentralized platform, no central authority takes a cut of the revenue. Instead, the revenue is distributed among the platform users according to their contributions. This not only incentivizes users to create quality content but also creates a more sustainable model for the platform.

Better Economics for all Stakeholders

The current model of the internet is not as conducive to creativity as it should be. It's becoming more and more difficult for artists and creators to make a living. As the platforms, they depend on taking an ever-larger share of the pie.

But with the blockchain, we have the opportunity to create a new model that's fair and equitable for all stakeholders. By decentralizing the web, we can give power back to the people who create the content and allow them to reap the rewards of their labour.

And with NFTs, we have a way to monetize our creativity that doesn't rely on ads or sponsored content. So, instead of working doubly hard to achieve superficial popularity with little substance, artists and creators can focus on strengthening their "limited" number of fans.

It's about building loyalty to your brand as an artist. So, whatever you create, release, or sell to them, it should sell quickly and easily without having to worry about what critics will say about it. After all, those "thousand" fans are the only ones that matter.

Decentralization of the internet corresponds to granularization of content. Instead of one person having control over what everyone sees, now each person can curate their experience.

And with this granularization comes the opportunity for tiered pricing. If you have a group of people willing to pay for your content, then you can charge them a premium price for it.

But if you have a group of people that only want to consume your content for free, then you can offer it to them at a lower price. This way, everyone is happy - the fans get the content they want, and the artist gets compensated fairly for their work.

This is a way to give your fans what they want when they want it and how they want it without compromising on quality or quantity.

Users as Direct and Genuine Owners

NFTs further reinforce the concept of the "1000 true fans" because buyers of NFTs are direct and genuine owners of the content. They're not just consuming it; they're also directly investing in it and the person who created it.

And as investors, they're much more likely to be passionate about the content and stay loyal to the artist who creates it. This is a big shift from the current social media models like YouTube, where users can easily consume content without ever having to think about who created it or how they're being compensated for their work.

With NFTs, the relationship between artist and fan is much more direct. And this directness creates a deeper level of connection and loyalty between them.

Social media and the internet have provided us with many positives as we transition to a more digital world. Without them, artists and creators can never truly connect to their fans on a large scale. But they have also created as many problems as they solve including centralized power, a winner-take-all mentality, and monopolization. The true sense of a thousand true fans lies in eliminating the constraints of the Web 2 model. It's a world where artists are free to create without worrying about whether their content will be seen or not; a world where there's no limit caused by unfair distribution and closed ecosystems.

NFTs help artists and creators get paid for their work and emphasises just because it's digital, doesn't mean it's worth less than art in the real world. And if artists can find and engage with their 1,000 True Fans by creating NFTs then the sky really is the limit to what is possible.