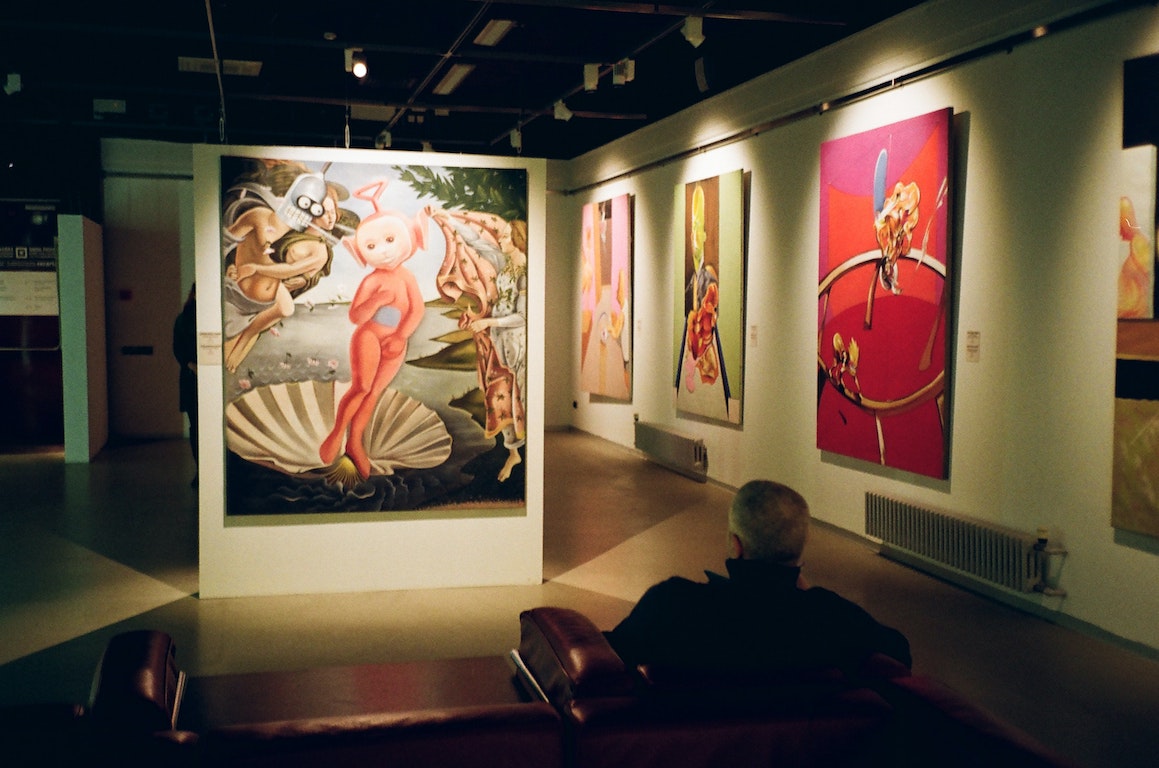 The aesthetic, imaginative, or intellectual content embedded within the art makes it fine art. Fine art is usually produced to express the artist's ideas and emotions and share a message. In contrast, pop culture art tends to be inspired by popular trends or even mass-produced items from everyday life – from comic books to photographs of movie stars.

Pop culture art often takes on a more commercialized approach than fine art. Instead of being created with a specific message or idea, pop culture art is often produced to make money or go viral on social media.

Pop culture artwork may also be used to advertise products and services or express one's personal opinion. So, it isn't surprising when some people associate commercial art with pop art. From some perspectives, they're one and the same.

What Makes an Artwork a Product of Pop Culture?

Most people point to the artwork's immersive and often humorous nature when defining pop culture art. Pop culture art often takes popular themes, characters, or celebrities and reimagines them in an unprecedented, albeit distinctive, way. This could be anything from a digital illustration of an iconic celebrity with a funny quote to a sculpture made of everyday objects.

One very popular example is Andy Warhol's "Marilyn Diptych." The piece is merely an iteration of the American actress' iconic photo, but the artist used neon colours to show his interpretation of her celebrity status. The artwork is now considered a masterpiece in both art and pop culture.

Pop culture art is often highly sought after and collected, with some pieces becoming valuable. Many famous artists have featured their work in pop culture art, from Andy Warhol to Banksy. As a result, the genre has become a part of mainstream culture, often taking form in fashion trends or memes that are shared on the web.

The intent of the artwork

One can quickly fathom the difference between pop culture and fine art by looking at their intent. Fine art is usually created with a specific message, while pop culture art is often produced to make money or draw attention.

Pop culture art enables artists to create a piece that's something more accessible and often commercialized. Pop culture allows artists to grab existing objects, themes, or even celebrities and reimagine them. It contradicts abstract and modern art, where the artist tries to express something without a clear image or message.

Bound by Trends, Not by Rules

Fine art is known for its commitment to traditional rules. For example, oil painting on canvas always sticks to certain materials. Something is to be said for art that follows traditional guidelines and is often considered classic. It's also why fine art always carries its own style – the "art" of making art that has been around for centuries.

On the other hand, pop culture isn't bound by such rules. Its sense of adventure and immersion defines it. It's made to be entertaining but also speaks to a particular generation or era. Pop culture art may go out of style quickly, leading some to label it as superficial.

But that doesn't mean it isn't valuable – just like fine art, pop culture art can make a statement, criticize society, and draw attention to important topics.

Pop culture art is usually created with readily available materials or even found objects, which is why it's often associated with street art and graffiti. This type of artwork also tends to be mass-produced as prints, posters or stickers.

Its accessibility makes it a popular choice for households looking for affordable wall decorations.

Meanwhile, fine art is dedicated to the retention of its "elite" status and is often expensive. It's usually made by hand, making it a rare commodity. So fine art generally has a higher value than pop culture art, as it holds its worth over time.

Pop culture art can be seen as the bridge between fine art and mass media, creating something that's both classic and modern, prestigious yet approachable. Pop culture art is also often associated with inclusivity and iconography. It incorporates elements from mainstream society, making it more accessible to a larger audience.

But this isn't to say that fine art has no place in mass consumption. From high-end galleries to everyday wall art, fine art has become increasingly prevalent in households and streets. Its importance is still felt, but it's becoming less a representation of status and more an expression of creativity.

Pop Culture Art and Fine Art in the Digital Age

The common theme for both types of art in the digital age is accessibility. For instance, the popularity of non-fungible tokens (NFTs) has allowed fine and pop culture art to be easily traded, exchanged, and sold. This new form of digital asset ownership is transforming how people purchase art, making it easier to buy original artwork.

Meanwhile, the growth in social media makes it easier for pop culture artists to share their art. This means that more people can access and appreciate the artwork, even if it may be seen as a lowbrow art form.

Fine art and pop culture are crucial in creating unique experiences and commentary on our world. They both provide beauty, meaning, and representation to those who view them. Every artwork has a unique value, whether a classic painting or an edgy graffiti piece.

Fine art and pop culture art will always have their place in our society as we continue to explore and create new forms of expression.

In the end, art is about interpretation – there are no rules on what makes something beautiful. So, everyone will eventually find something to appreciate, whether fine art or pop culture.