What Are Some of the Best Examples of Museums Using Virtual Reality? 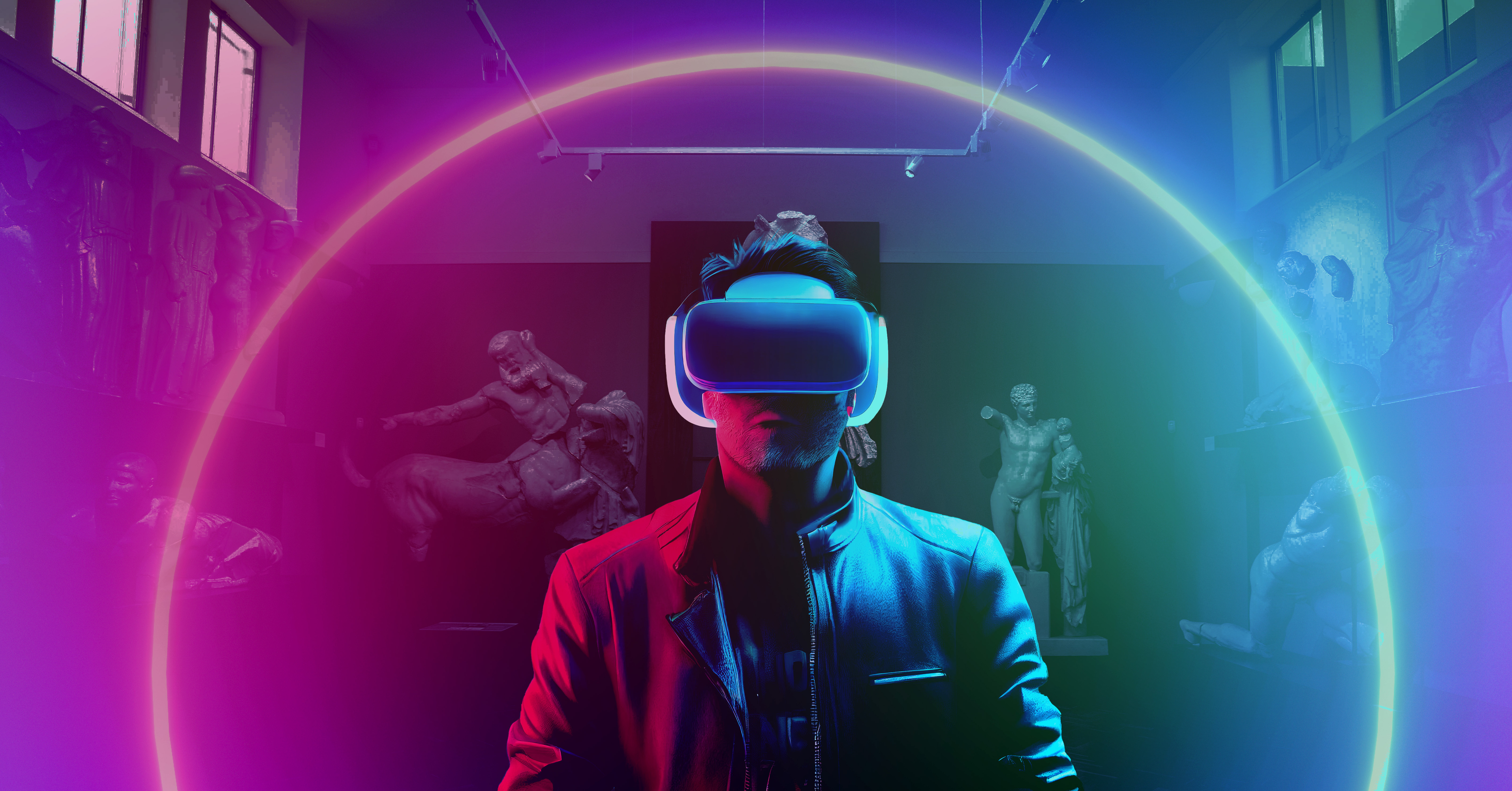 Virtual reality (VR) has been around at least since the 80s, and has been hyped up many time since then, but it really has never lived up to its promise. Even in gaming, the industry where VR, one would think, would be an easy sell, hasn’t seen the complete revolution that some have predicted.

However, that is slowly beginning to change as headsets become smaller and cheaper, according to recent market analysis. As of 2021, the most recent statistics, there are 171 million VR users worldwide with a market size of $12.13 billion.

And in recent years, museums and art galleries have adopted virtual reality to bring exhibits and experiences to life for visitors, giving people a richer, deeper understanding of the historical significance of a particular display, art, or artifact. Here are some of the best examples of museums using VR technology:

The Louvre's Mona Lisa: Beyond the Glass

Arguably the world's most renowned art museum, The Louvre, took full advantage of its focal piece, the Mona Lisa, by creating an interactive experience. Visitors can now actually step inside the painting and explore its detailed features in 3D through "Mona Lisa: Beyond the Glass." It's a VR experience where the user can immerse themselves in the painting and learn more about it that only very few people know.

Aside from "Mona Lisa: Beyond the Glass," The Louvre also features other VR tours, including the Founding Myths: From Hercules to Darth Vader, The Body in Movement, and The Advent of the Artist.

While travelling to Russia is currently out of the question for most, The State Hermitage Museum offers virtual reality tours to bring its exhibits to life. It boasts a wide range of VR experiences, from the Ancient Egypt rooms and the Imperial Porcelain Gallery to its Armoury Chamber, themed after Catherine the Great's era.

Through its VR museum tours, anyone around the world can explore and discover the wonders of one of Russia's most renowned museums without ever leaving home.

The Museum of Illusions

The Museum of Illusions is a must-see for anyone looking to get lost in an optical illusion. As the name of this museum implies, it offers a vast array of interactive exhibits designed to challenge the brain and blend reality with virtual reality. Its most popular exhibit is "Enter the Vortex," which features a 360-degree tunnel filled with changing colours, shapes, and sounds that completely transform your environment.

With its focus on optical illusions, this museum embodies a unique experience through virtual reality.

The National Museum of Singapore is the country's oldest museum, and it has embraced virtual reality in a big way. The museum offers an interactive experience that provides visitors with an immersive journey through its exhibits.

The star of the show is An Old New World: Digital Edition, where visitors may choose a guided or exploratory tour. They are then placed in a virtual museum replica, where they can explore three-dimensional displays and learn about Singapore's history.

The British Museum uses virtual reality to bring its exhibitions to life. It offers a variety of tours, including Ancient Greece & Rome, the Egyptian Mummies and their Coffins, and the Origins of Humankind.

But where The British Museum trumps its competitors is with its recent partnership with Google Arts & Culture. This partnership allows the museum to offer VR museum tours to people through a mobile app. The tour, which is a literal virtual tour of the museum, includes an interactive walk through the interior and exterior of the museum alongside 3D models and audio clips.

Another British entry in this list is V&A which launched the Curious Alice virtual exhibition last year. The exhibition is all about Lewis Carroll's classic book. Aside from the galleries with illustrations, films, posters, manuscripts and costumes from the story, visitors are given a chance to immerse themselves in a playful virtual reality experience based on the book.

The Museum of Natural Sciences in Brussels offers a unique virtual reality experience that allows visitors to explore its galleries and observe the natural world from all angles. The highlight is called "A Short Guided Tour," where the museum allows visitors to see its most prominent spots through VR. The guided tour works with Google Cardboard, which means the virtual tour can be experienced through the Google Arts & Culture mobile app.

The museum currently holds five online exhibitions: The Bernissart Iguanodons, Our 250 Years of Natural Sciences, From Sahelanthropus to Homo Sapiens, Past, Present, and Future: The Marvels of Evolution, and the Short 360° Guided Tour.

The Peterson Automotive Museum collaborated with Microsoft HoloLens to produce a new VR exhibition. Visitors could interact with a classic American sports car, the Ford GT40, and explore it in an immersive way. The HoloLens creates a realistic 3D image of the concept car that is visible to guests, who can explore it in detail. There is also a 2017 Ford GT displayed nearby for comparison. The goal of the installation was to transport viewers into an immersive story by blurring the lines between reality and fiction. There's an abundance of engagement here, too, thanks to integrating some key elements of a virtual experience, including surround sound.

Marketed as both an art exhibition and cultural movement, The Smithsonian's "No Spectators: The Art of Burning Man" overshadowed the introduction of a new virtual reality project for the popular museum. Every year in the Nevada desert, the Burning Man exhibition transiently appears and just as quickly disappears. Artsy bohemians flock to this annual event celebrating freedom of expression through massive art installations (ultimately set on fire).

While the exhibition is no longer available (physically), visitors can still enjoy The Smithsonian's VR experience. This virtual reality tour allows visitors to explore the art installations 360 degrees and better understand this unique event.

All these museums have embraced virtual reality to bring their exhibits to life, allowing anyone to explore them without ever leaving home. In a way, VR has opened up a whole new world for museums, affording people a truly immersive experience with whatever they wish to explore.